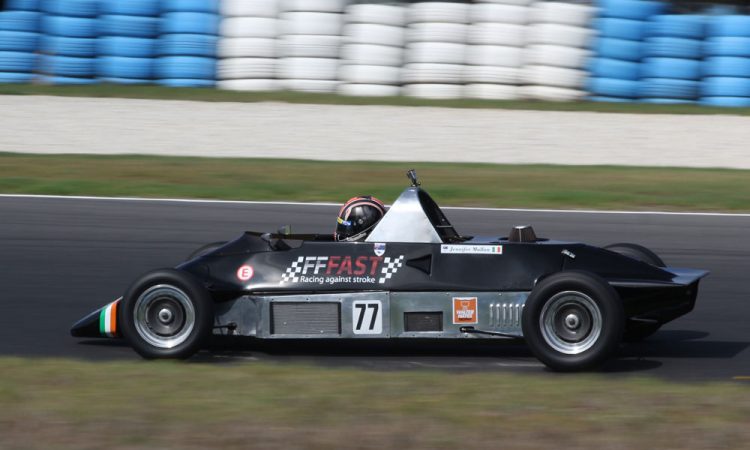 Mullan set to kick off 2017 season in Phillip Island

County Down native Jennifer Mullan will start her 2017 Formula Ford season with a return to Australia for the famous Phillip Island Classic with Ecurie Australie on St.Patrick’s weekend 17th-19th March.

Having made her debut at the popular southern hemisphere event in 2016, Mullan will once again pilot the Chris Davison-owned Reynard FF84 at the historic event that boasts an entry of almost 50 historic specification Formula Ford 1600’s. Now with the benefit of prior circuit knowledge, Jennifer, with the continued support of several partners including Motorsport Ireland is hoping she can improve on her 2016 performance.

Following her return from Australia, Mullan is targeting selected rounds of both the Northern Irish and British National Formula Ford 1600 Championship aboard her new Ecurie Australie supported and P1 : Racing run Van Diemen RF89, which she debuted at the Walter Hayes Trophy in Silverstone last November. Quickly settling into her new mount, Mullan is hoping these events will help her to prepare for another return to the Walter Hayes event at the end of 2017 to round out her season.

Jennifer Mullan – #77 Ecurie Australie Reynard RF84:
“Getting another opportunity to race at Phillip Island this year is just an amazing feeling. With the experience gained there in 2016 I am hoping that I can hit the ground running and put in a solid performance. I cannot thank Chris Davison and everyone at Ecurie Australie enough for making this all possible. 2017 is shaping up to be an exciting year and I can’t wait to get it started now!”