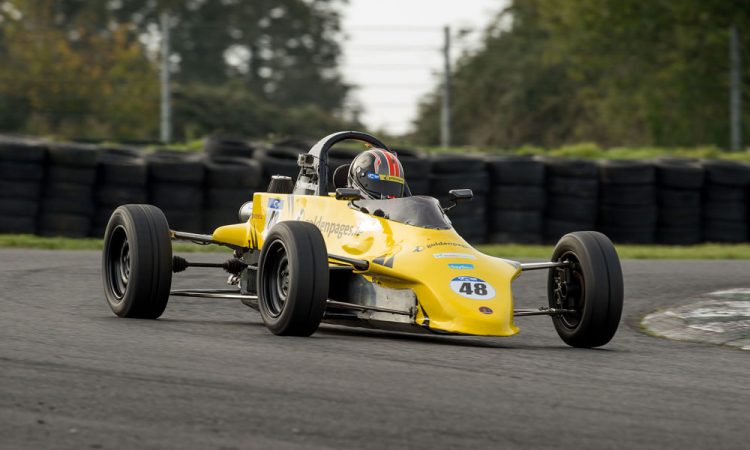 Returning the famous yellow goldenpages.ie colour scheme to Formula Ford for 2014, Mullan enjoyed a strong maiden season in the highly competitive formula. Winning the Pre-87 class in the newly launched Champion of Mondello Series followed up by finishing third in Pre-87 at the Martin Donnelly Trophy in Kirkistown, Jennifer has been working towards competing in at least one of the two highlight UK Formula Ford events this year.

Having previously tested a Ginetta G55 at Silverstone’s National circuit just 12 months previous, she is confident of making the most of this opportunity. The event which is made up of a series of qualifying heats to determine who gets to the semi-finals, gets underway on Saturday morning at 09.00.

Jennifer Mullan, #48 Reynard Formula Ford:
“This is something I could have only dreamt of doing a couple of years ago, and now I’m about to take part in he biggest event of my racing career to date! I’ve briefly driven around Silverstone last year and I loved it. Kirkistown suited both me and my Reynard and I felt very confident in the car, so I’m really hoping to make the most of the two days testing this week. Of course this wouldn’t be possible without some great people who’ve put this together for me, my team FCR Media Racing and my sponsors goldenpages.ie, SaySo.ie, MobileReady.ie and wheelsforwomen.ie, their support this season has yet again been amazing and given me the confidence I needed to get stronger and stronger as the season went on.”