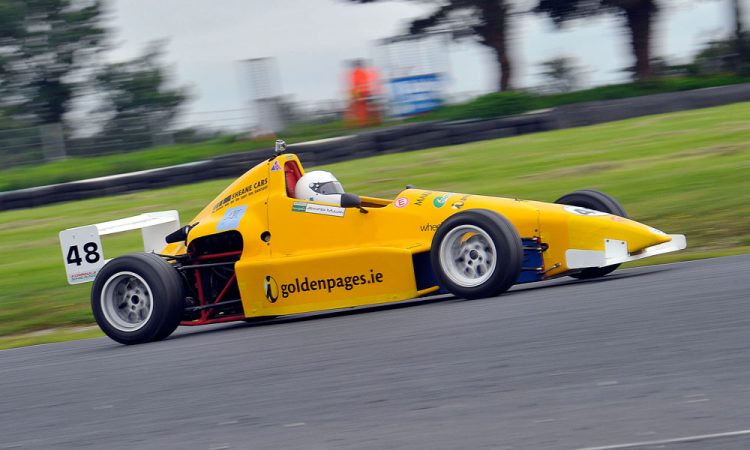 2013 Formula Sheane Fun Cup Championship runner up Jennifer Mullan is making the switch to Formula Ford 1600 for the remainder of the Champion of Mondello Series. Having renewed the partnership with her lead sponsor goldenpages.ie, Jennifer will be returning to the iconic yellow colours of Ireland’s leading Print, Online and Mobile directory when she climbs into her newly acquired 85 Reynard Formula Ford.

Mullan will continue to race with FCR Media Racing after enjoying great success with the team last season. FCR Media Racing has joined forces with the hugely experienced, Bernard Dolan Racing to ensure they have all the right tools in place to be a leading team in this ultra competitive series.

Jennifer will get her championship campaign underway on Saturday June 7th at Mondello Park before taking part in the Irish Formula Ford festival the following day at the Co.Kildare venue.

Speaking ahead of her Formula Ford debut Jennifer commented: “I’m really looking forward to this new challenge, having really enjoyed last season in Formula Sheane I feel I am ready to make the move to Formula Ford and continue to improve there. I’m delighted to be able to continue with FCR Media Racing in the goldenpages.ie colours and with the help of Bernard Dolan I have the best of the best in place to help me. Coming into the Champion of Mondello series at round three I am feeling confident I can make up the lost ground from the opening weekend of the championship that I missed and hopefully win my class come September.”